Hi. I’m going to ask you to raise your arms and wave back, just the way I am — kind of a royal wave. You can mimic what you can see. You can program the hundreds of muscles in your arm. Soon, you’ll be able to look inside your brain and program, control the hundreds of brain areas that you see there. I’m going to tell you about that technology.

People have wanted to look inside the human mind, the human brain, for thousands of years. Well, coming out of the research labs just now, for our generation, is the possibility to do that. People envision this as being very difficult. You had to take a spaceship, shrink it down, inject it into the bloodstream. It was terribly dangerous. (Laughter) You could be attacked by white blood cells in the arteries. But now, we have a real technology to do this.

We’re going to fly into my colleague Peter’s brain. We’re going to do it non-invasively using MRI. We don’t have to inject anything. We don’t need radiation. We will be able to fly into the anatomy of Peter’s brain — literally, fly into his body — but more importantly, we can look into his mind. When Peter moves his arm, that yellow spot you see there is the interface to the functioning of Peter’s mind taking place. Now you’ve seen before that with electrodes you can control robotic arms, that brain imaging and scanners can show you the insides of brains. What’s new is that that process has typically taken days or months of analysis. We’ve collapsed that through technology to milliseconds, and that allows us to let Peter to look at his brain in real time as he’s inside the scanner. He can look at these 65,000 points of activation per second. If he can see this pattern in his own brain, he can learn how to control it.

There have been three ways to try to impact the brain: the therapist’s couch, pills and the knife. This is a fourth alternative that you are soon going to have. We all know that as we form thoughts, they form deep channels in our minds and in our brains. Chronic pain is an example. If you burn yourself, you pull your hand away. But if you’re still in pain in six months’ or six years’ time, it’s because these circuits are producing pain that’s no longer helping you. If we can look at the activation in the brain that’s producing the pain, we can form 3D models and watch in real time the brain process information, and then we can select the areas that produce the pain. So put your arms back up and flex your bicep.

Now imagine that you will soon be able to look inside your brain and select brain areas to do that same thing. What you’re seeing here is, we’ve selected the pathways in the brain of a chronic pain patient. This may shock you, but we’re literally reading this person’s brain in real time. They’re watching their own brain activation, and they’re controlling the pathway that produces their pain. They’re learning to flex this system that releases their own endogenous opiates. As they do it, in the upper left is a display that’s yoked to their brain activation of their own pain being controlled. When they control their brain, they can control their pain. This is an investigational technology, but, in clinical trials, we’re seeing a 44 to 64 percent decrease in chronic pain patients.

This is not “The Matrix.” You can only do this to yourself. You take control. I’ve seen inside my brain. You will too, soon. When you do, what do you want to control? You will be able to look at all the aspects that make you yourself, all your experiences. These are some of the areas we’re working on today that I don’t have time to go into in detail. But I want to leave with you the big question. We are the first generation that’s going to be able to enter into, using this technology, the human mind and brain. Where will we take it? 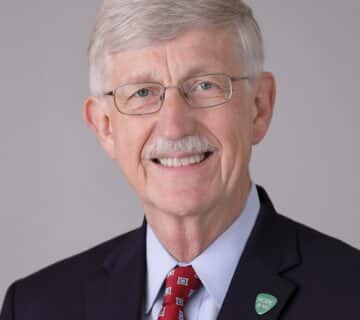